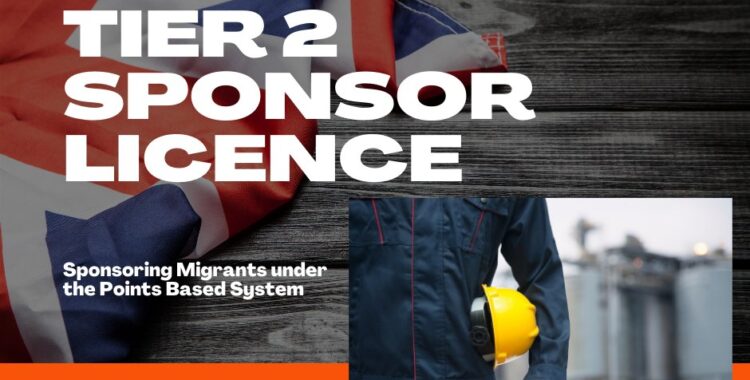 On 1 January 2021 a new points-based system will come into place, and the Tier 2 scheme will be rebranded the “Skilled Workers” scheme. The new scheme will engage almost the whole world: both non-EEA and EEA nationals (with the exception of the Irish) will need to apply under it, European free movement having ended.

The new scheme will retain many of the features of the previous one and the sponsorship system will, it appears, be similar. This system works in such a way that firms or organisations that want to sponsor skilled workers must first obtain a Sponsor Licence from the Home Office. Once they have done this, and if all the various requirements, hoops and hurdles can be met, the employer can then sponsor and employ the relevant person/people.

An important and integral part of the sponsorship scheme is the Certificate of Sponsorship (COS). This is a virtual computer-generated document that the employer has to create, which contains detailed information about the migrant and the job that they are being sponsored for. Once an employer has been granted a Sponsor Licence they are given a Sponsor Management System (SMS), which is an internet-based system devised by the Home Office that enables the employer to create COS’s. Once a COS has been created and issued the migrant can apply for their visa.

It all sounds rather complicated, and it is. However, experience shows that if you apply your mind (or your lawyer does) you can navigate your way through successfully.

The first step for a UK-based employer is – as indicated above – to apply to the Home Office for a Sponsor Licence. The application consists of two parts: an online application and the submission of various hardcopy documents.

The former is generally quite easy but the latter tends to be difficult. The purpose of these documents is to show that the employer is a bona fide organisation that pays its taxes and follows the law generally. The Home Office is very particular about the required standards for the documents; a lot of Sponsor Licence applications are refused because the submitted documents are deemed to be unsatisfactory.

Even if the documents are acceptable the Home Office might pay an audit visit to the employer to check upon them. The audit can be of a general character but is likely to concentrate on the employer’s HR systems and record-keeping. Experience shows that Home Office audits can be demanding, and especially when you do not know what to expect and you are not properly prepared.

Employers are perfectly entitled to make the Sponsor Licence application themselves if they want to. But if you would like professional help with this we at GSN Immigration will be able to help you: we have extensive experience in this area.