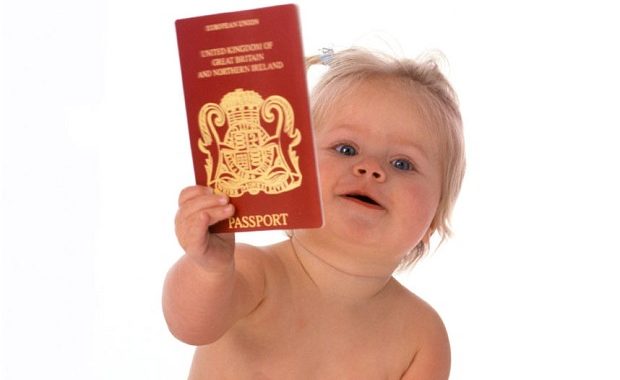 Child born in the UK – visas and British citizenship

If a child is born in the UK and neither parent is British or settled then the child will not be born British.

In this situation there is no rule that the child has to apply for a visa as soon as they are born, or indeed at any point soon afterwards; the child will not become an illegal entrant or overstayer. However, it may make a lot of sense for the child to apply for a visa when the parents apply for their next visa. So for example, in the scenario described above, if the parents apply to extend their Tier 2/dependant visas then at that point the child could apply for a leave to remain dependent visa as well. But in other cases it might be necessary for the child to apply before then.

There are two particular reasons why the child’s application may be important. If the family wants to leave the UK temporarily – for example to go on holiday – then the child should obtain a visa before the family travels.

If the child does not hold leave this is likely to cause a problem. The child will probably have obtained a passport from the country of the parents’ nationality (and any visa, if required for the holiday destination) and would therefore easily be able to get on the airliner and leave the UK with the parents. But when the family tries to re-enter the UK the child may not be able to board the airliner because they have no immigration document to show that they have status in the UK. And even if they can fly on the airliner there would be a difficult situation at the UK border, for the same reasons.

And there is another important issue as well. Migrants who apply for visas – such as the Tier 2 and dependant visa holders referred to above – have to pay the IHS health surcharge. This entitles them to NHS healthcare. But a child born in the UK who has not yet obtained a visa will not have paid any IHS fee, and their entitlement to NHS healthcare will finish once they are three months old.

In this kind of situation, where the whole family holds settlement, they may be able to make a strong family application for British citizenship, including the child, when they have held settlement for one year.

Parents in the UK unlawfully

If the child’s parents are in the UK unlawfully when the child is born the situation is a lot different. The child will take the nationality of the parent(s) but they will not be entitled to any British immigration status.

However, once the child has reached the age of seven (or has come to the UK after being born and lived here for seven years) they may be able to benefit from the “Private Life” provisions of the immigration rules, which allow limited leave to be granted to the applicant if “it would not be reasonable to expect the applicant to leave the UK”.

But here we are getting into complex areas. What is “reasonable”? This is clearly a highly discretionary region of decision-making. Importantly, only the child can apply under this rule, not the parents. Obviously, the Home Office will not grant leave to a young child to remain in the UK with nobody to look after them. And they are likely to be unwilling to grant leave to the parents as well. So in many cases the application is likely to be refused. There is, however, the right of appeal to the Immigration Tribunal, and sometimes such cases have been successful.

And there is a completely different rule that enables a child who was born in the UK and who has lived here for ten years to apply straightaway for Registration as a British citizen, irrespective of their or their parents’ immigration situation.

These child applications – and most particularly the ones based on private life – can be complex and difficult. It is therefore very wise to instruct a good lawyer to assist you.

At GSN Immigration we can assist you with all your Immigration matters our team of professional & expert lawyers is ready to help you!