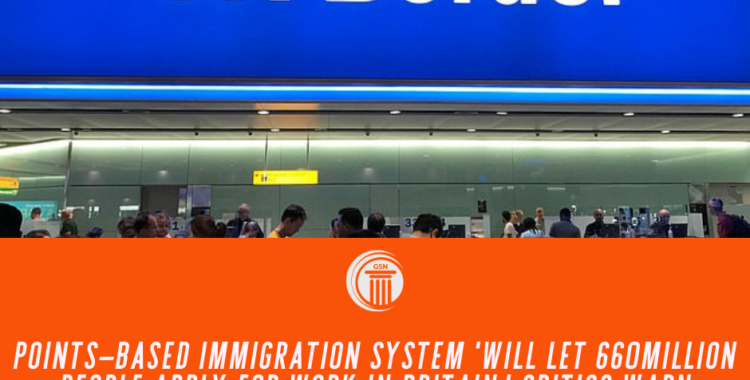 The Home Secretary some time ago announced a new points-based system visa category, which will open on 1 January 2021. As she reminds us, on 31 December 2020 European free movement will end, and the new scheme is evidently framed in the understanding that there will be a new world in which all migrants – from the EEA or outside the EEA – will be treated equally. (Or to put it another way, and perhaps rather more to the point, EEA nationals will be treated less favourably than previously.)

Documents recently released on the Home Office website provide us with some more details, although the new rules themselves have not yet been published, but it is fair to say that now we have a good idea of what the new scheme will be like. Points-Based System Visa will start from January 2021. Applicants will need to make up certain points under points-based system visa scheme to get their visa to enter the UK.

How new is it really? As before, it will include students and various categories of temporary worker, but the changes focus a great deal on the Tier 2 scheme and, as ever with the Home Office, it involves some re-branding: the “Tier 2 Skilled Worker” category is apparently now going to be slightly adjusted to the “Skilled Worker” category. But the changes run deeper than that, and some of them are very significant.

As previously, migrants will need to be sponsored by employers, but the sponsorship process will be somewhat easier than before. The resident labour market test (RLMT) is going to be abolished. This was an aspect of the Tier 2 scheme that in many cases required that jobs be widely advertised, and which sought to ensure that a migrant would not be employed if a resident worker was available who could do the job. But still the vacancy must be a “genuine” vacancy. As the Home Secretary explains: “Roles cannot be created solely to facilitate immigration of a specific migrant to the UK”. How this will be assessed and policed remains to be seen.

Anyway, the requirement that the job has to be at RQF level 6 is also being relaxed; it will now be only RQF level 3, except for Intra-Company Transfer migrants, for whom it will be maintained at level 6. And the Tier 2 salary structure is also being changed to a more flexible scheme whereby a salary as low as £20, 480 will be acceptable if enough points are accumulated in other areas.

And whereas previously the number of Tier 2 General migrants was capped (at 20,700 per year, with some exemptions), the cap will be removed and there will be no limit in numbers.

It hardly needs to be said that these changes run deep, and the highly restrictive and complex Tier 2 rules are changing into something that looks simpler.

And in 2021 there will also be a new Health & Care visa and a new student graduate route – something like the old Post-Study Work visa, it would appear.

If you want advice and further information about the new visas we are GSN Immigration will be able to help you.