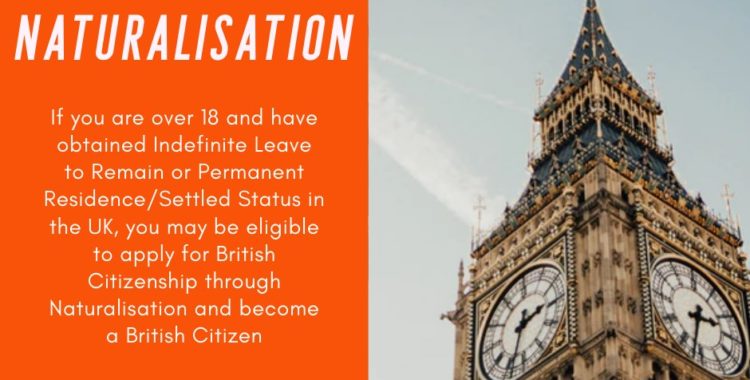 Some readers might remember a dreadful moment last year when Meghan and Prince Harry announced that they were fed up with the UK and that they were going to live in North America. This was bad enough in itself but it also threw up the awful possibility that Meghan – who is of course a US citizen – might not ultimately qualify for British Naturalisation / citizenship. (It seems to be received wisdom that she still aspires to attain this honourable status.)

Some of the media comment was a bit mixed up, legally speaking, but one point did correctly emerge: to qualify for British naturalisation you have to be in the UK for a few years. If she and Harry were to spend substantial time outside the UK then perhaps it might not be possible for her.

The UK nationality law on this subject is a bit “funny”. If you are married to a British citizen (and as far as we know Harry is one) then you might be able to qualify for British naturalisation after three years.

There is however one confusing problem about this: you cannot get British citizenship if you do not already hold settlement – ie indefinite leave to remain/permanent residence – and in the vast majority of cases it takes five years’ residence in the UK to acquire settlement.

Having arrived at this divine legal truth we need to consider a few other issues, such as: could people such as Meghan and Harry touch down in the UK for a couple of weeks per year, say “Hi” and then go back to where they come from and then after five years could Meghan say “I’ve been in the UK for five years and so can I apply for settlement and then British citizenship please”?

No, we are afraid not. A person who wants to qualify for British naturalisation first of all has to in almost every situation meet the residence requirements for settlement – ie they must not have spent too much time outside the UK during the settlement qualifying period. And then, after having acquired settlement, they have to meet the residence requirements for British naturalisation.

The residence requirements for settlement vary a great deal from case to case. If, for example, the person holds a working visa they are very liberal, and they are different from those which somebody who holds a spouse/partner visa has to meet (see our article “Indefinite leave to remain & settlement for spouses and partners”).

You may read here and there, in the context of British naturalisation and time allowed outside the UK, about a 450-day limit over five years (if not married to a British citizen), a 270-day limit over three years (if married to British citizen), and a 90-day limit over the past 12 months in either case. These are indeed limits that the law provides, but in some cases they are only a starting point, and discretion may be applied by the Home Office in respect of excess days. This discretion is partly dependent on the applicant’s personal circumstances and is subject to detailed written policies, which have to be carefully navigated.

This article dwells mainly on the subject of residence requirements for naturalisation but there are also of course a few other aspects that need to be satisfied, including but not limited to the requirement for those applying to have been in the UK on the day exactly five years ago or three years ago, as the case may be. If this requirement is not met then we imagine that the application would be refused outright, which would be a bit of a disaster.

Some people claim that a British naturalisation application is a relatively simple and straightforward one. But this is not always the case and in some instances there are difficult issues that need to be addressed. You might need to instruct a good lawyer about this, and at GSN Immigration we have the expertise to help you.

We have assisted clients where they have been absent from the UK for more than the allowed number of days successfully to obtain Naturalisation and become British Citizen. This however, depends on your personal circumstances and evidence to convince the case worker to exercise the discretion. Immigration Lawyers at GSN Immigration explore your circumstances and assist you with your application so your application has the best chance of success.