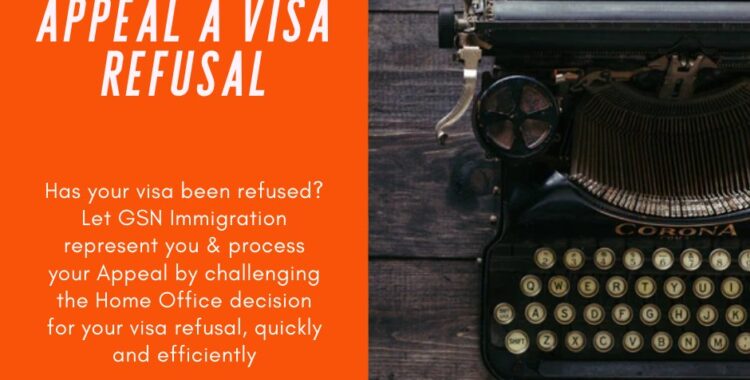 A partner visa application could be an application made by a spouse, civil partner, unmarried partner, fiancé(e) or prospective civil partner to join or remain with their partner (the sponsor) in the UK. You can appeal Partner Visa refusal from inside or outside the UK.

There are various possible reasons for refusal of an application. For example, an applicant may have submitted inadequate evidence that their sponsor earned sufficient salary. In such a case the sponsor may well be earning sufficient salary but the evidence was not good enough; the requirements for such evidence are voluminous and detailed and it is easy to make a mistake.

Or perhaps insufficient evidence was submitted about the genuineness of the relationship – this is a particular possibility with applications made from outside the UK.

Or perhaps – and here we enter deep waters – the decision-maker will allege that documents submitted with the application were in some way fake or dishonest, and the application is thus refused on the grounds of deception.

As we said above, there is the right of appeal in the event of a refusal decision. But should you appeal? An appeal is held before an Immigration Judge at the Tribunal and is a long and complicated process – and now it appears to be even somewhat longer than usual because of the coronavirus situation.

An appeal might well be able to repair the damage – for example the applicant might be able to produce documents that were missing with the application or provide better documents, the Judge might look at them, decide that they are good enough, and thus allow the appeal on that basis. But in this sort of situation it takes an awful long time for the applicant to get their visa – in some cases even as long as one year.

The best thing to do in many cases is just to forget about it and submit a fresh partner visa application, but this time better prepared. This will almost certainly be a lot quicker. It will of course involve quite a lot of expenditure, because the visa application fee will have to be paid for again. But on the other hand an appeal process might also be expensive if you instruct a lawyer – which is probably a good idea but preparing an appeal to a good standard takes a lot of lawyer’s time.

So in this sort of situation it is a “judgement call”, and you have to think carefully about what you want to do. It might be a very useful to take initial advice from a good lawyer, who will be able – in light of the specific circumstances of your case – to give you realistic advice about the best way forward.

But there is one piece of advice which we can give unequivocally. If you have been accused of dishonesty or deception then making a fresh application is unlikely to be a good idea. It is important to understand that, even if the allegedly fake document came from the sponsor, nonetheless the allegation of deception affects you as well.

The allegation will stick on your record and will inevitably be raised again when the new application is considered. You cannot repair an allegation of deception by making a fresh application but, on the other hand, you might be able to repair it if you go to appeal.

At an appeal hearing the Judge will consider the allegation of deception and decide whether it was fairly or properly made. If they decide that it was not then the allegation is taken off the record, and if the alleged deception was the only reason for the refusal decision then the appeal is likely to be allowed.

So if you have had a partner visa application refused there are various issues that have to be considered. At GSN Immigration we have many years’ experience of immigration appeals, and we will be able to give you competent advice and assistance if you need it. GSN Immigration is an OISC Level 3 Immigration Law Firm based in London.